Santa is a SysAdmin: Just Look At These 12 Facts!

Not so long ago, we spoke on the similarities between SysAdmins and being the village sage. But truth be told, there’s another mystery we’d like to unveil, a truth we’ve come to accept here at BackupAssist.

The truth is this: Santa is a Sysadmin.

Now, you might dismiss this as preposterous. So did we, at first. But then we started to compare the facts. And once you look at them, perhaps you won’t think it’s so crazy after all. Now let’s compare the two…

Let’s start with the basics, shall we? Santa is bearded, corpulent, and wears distinctive clothes. This too could describe many SysAdmins. His fashion sense is distinctive to him, and he doesn’t care what anyone else thinks.

2. Santa is forced to work at ungodly hours and on recognized holidays.

You know Santa’s working every day of the year just to get things done. He’s also forced to work even when his users are in downtime. Sound familiar?

3. It doesn’t matter if you believe in him or what he does; he’s still essential to operations.

Just like a SysAdmin, even the non-religious pray for him to arrive. And where people don’t believe in him, inevitably there’s some other people who do the same job, but with a different title.

4. He’s forced to crawl into unreasonably small, dirty spaces to do his job.

Even if he’s wearing a nice suit. And nobody thinks twice about what he has to squeeze through to get things done!

5. He’s a master of bypassing security to make things happen.

Lack of keys to the client’s sites? Not a problem. Santa thinks nothing of breaking into your $HOME.

He probably reads it, but he’s too busy getting things done.

7. Everyone knows what he does, but nobody knows HOW.

People assume magic is involved. The numbers don’t add up when you use ordinary maths. Therefore, magic.

8. One day a year, Santa is impossibly busy… and somehow survives.

It somehow falls on a holiday when everyone else is relaxing, but you’re making sure things hold together. He’s also working inside a ludicrous multi-timezone change window to install a buttload of stuff at third party sites.

Trying to explain why they won’t get what they want is also a massive chore. You know Santa’s practiced dumbing things down.

10. Can live on booze and food offered at a client site.

11. He’ll never get another job, because his resume is too specific to the job he currently has.

If you’re a SysAdmin, cry knowingly as you read this point.

12. Only crazy people say bad things about Santa in his presence. 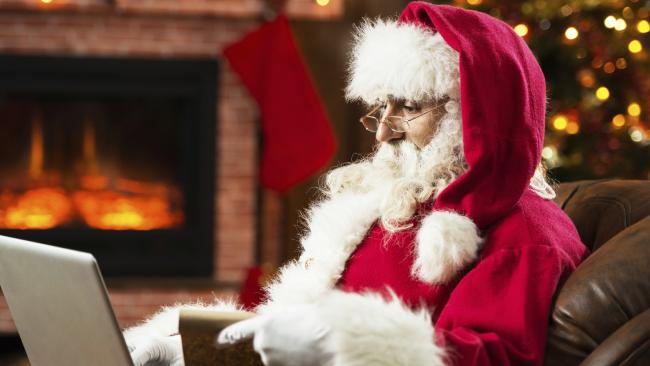 And the final reason Santa and SysAdmins are the same…

Both of them use BackupAssist! (Go on, just try and prove otherwise).

If you want to keep your servers as safe as Santa’s naughty-and-nice SQL server, take a look at our software and try out our fully featured 30-day trial. With your backups running smoothly and our free and awesome customer support, you’ll always have a reason to be jolly!