What affects the speed of backups and recoveries in BackupAssist ER?

We often hear from clients that the feature set of BackupAssist ER makes it a cost-effective alternative to DRaaS solutions – with key features being able to cut downtime to just a few minutes by virtualizing the recovery on-premise, and to be able to fully recover from the cloud copy of the backup.

Any time you’re moving around large amounts of data, it’s going to take time to complete. That’s why the VM Instant Boot feature enables you to virtualize your backup and boot it, without needing to move huge quantities of data.

But there are going to be times where you need to do a full recovery – either locally or from the cloud. Here, we’ll discuss the factors that can bottleneck or influence the speed of backup and recovery.

In the Disk To Disk To Cloud model of BackupAssist ER (D2D2C), the bottlenecks are different for Stage 1 (Disk to Disk) and Stage 2 (Disk to Cloud).

The tables summarise the various bottlenecks and their level of influence in overall backup and recovery performance.

In BackupAssist ER’s D2D2C model, there are two different stages of the backup:

In the discussion, we’ll consider the first full backup, and a full recovery. On the recovery side, this means:

The disk to disk portion of the backup in BackupAssist ER is generally very fast.

For most people, the write speed of the backup device is going to be the limiting factor in the D2D drive image.

Most people will use a backup device that is slower than the main drives in the server. Here are some bottlenecks to performance.

For a minority of situations, the backup device will be faster than the source device. In that case, the bottleneck will be the source drives.

In addition to the bottlenecks listed above, the source drives are influenced by:

By far, the biggest influence on speed is the speed of your network connection to the cloud storage provider. For most on-premise situations, that’s limited by the speed of the service provided by your Internet Service Provider.

For example, if you have a 100/20 connection, it’s highly likely that you will get close to 20 Mbps of throughput for your backup, and 100 Mbps for your recovery. In an experiment we ran in Jan 2021, we can see the various backup and recovery speeds from an on-premise machine to 3 different public clouds.

Speed of internet connection, as tested by speedtest.net:

Average speed of backup and recovery:

The factors affecting how close your Internet connection gets to its saturation point are:

Latency is important because it affects how much “wait time” there is in between actual data transfers. This means you can expect poorer performance if you are backing up across large distances – such as across countries.

And as shown in the table above, the sustained transfer rate presents the theoretical upper limit for overall average upload and download speed.

Having many small files in the backup – level of influence: high

The answer, hands down, is the former – the single file scenario. Let’s see why…

It’s all to do with the “chunking” algorithm in BackupAssist’s cloud engine. It will take each file and split it into deduplicated chunks, with average size of 2 MB. But if a file is under 2 MB in size, then the entire file is stored as one chunk.

In our two scenarios:

This means that in our first scenario, BackupAssist will issue 5,000 requests to the cloud storage, but in the second scenario, there will be 100,000 requests. That’s 20 times more!

Each request to the server takes time, and the effect is very noticeable if there is a high latency between your machine and the cloud service.

We do try to mitigate this problem by having many concurrent connections open to the cloud service, but there is no avoiding the fact that many requests to the cloud server will slow things down.

Speed of your cloud storage service – level of influence: medium

In one experiment that shows the differences the best, we see about a 10% difference between the fastest and slowest cloud on recovery, but a whopping 76% difference on the backup.

We’ll be publishing the full results of our experimental testing in an upcoming blog post.

Assuming that your network connection and the speed of your cloud service are not significant bottlenecks, then the number of CPU threads / cores does affect your backup and recovery speed.

In our detailed experiments with different CPU threads / cores we saw a roughly 30% improvement when doubling the number of CPU threads from 8 to 16. But going beyond 16 threads will not yield a significant performance benefit.

The reasons for this are discussed in that blog article.

Speed of the drive to which you download the cloud backup – level of influence: low

The final factor we’ll discuss today concerns the recovery – and that’s the disk to which you’re recovering. When you download a complete backup from the cloud, your target disk can make a difference.

Let’s assume for now that you have a fast network, fast cloud service, and a 16 thread CPU.

If you recover to a hard drive instead of an SSD, you’ll experience a slowdown, especially if you have huge files in your backup. (And we regard anything over 20GB to be a huge file… and the bigger the file, the more potential slowdown you might experience.)

The reason for this is that BackupAssist has to download chunks and then reassemble them to recreate the original files. The catch is that we cannot predict in advance what order these chunks will arrive… in fact, most of the time they arrive out of order. Thus, we often have to write chunks to temp files on disk, and then rewrite them “in place” in the final destination when contiguous chunks become available.

This can cause a considerable amount of Disk I/O as data gets written to, read from, and rewritten to the same disk.

On SSDs, this effect is barely noticeable, but on spinning hard drives, it can result in a slowdown.

We’ll publish results on this effect shortly. For most situations, the speed of the target disk is not a significant factor, but it can show up if there are no other bottlenecks in the system and your backups contain huge files.

However, every system will have limitations – many stemming from underlying budgetary or practical considerations.

Understanding the bottlenecks can give you an understanding of what to expect from BackupAssist ER in your environment, and a guide on how to get the best recovery performance with the resources at your disposal. 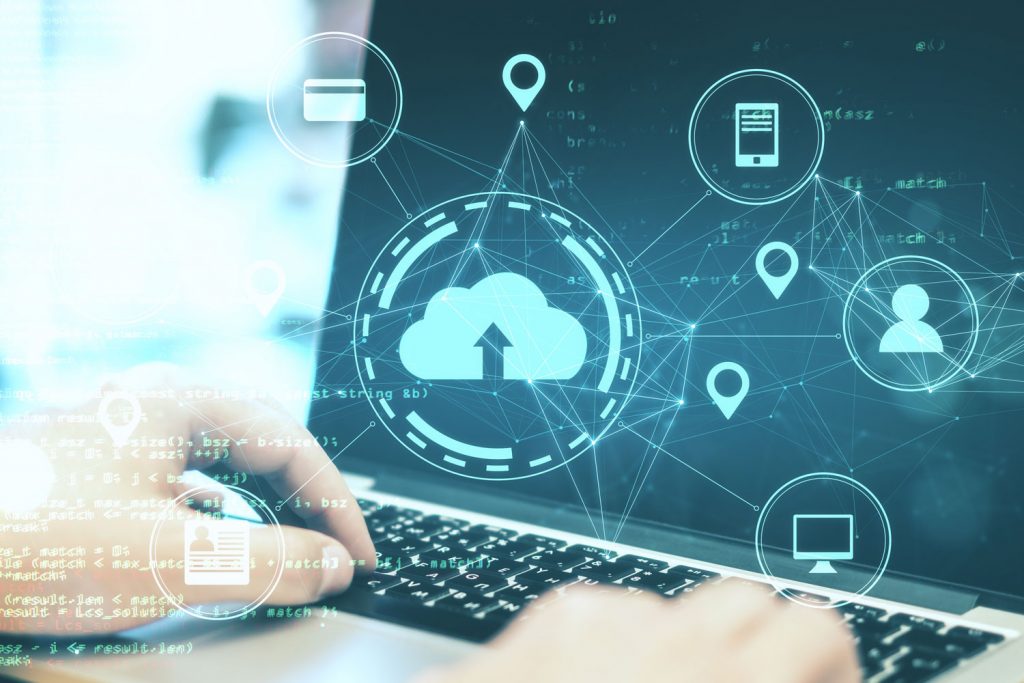