What is SaaS (Software-as-a-Service) and Should I Use It? 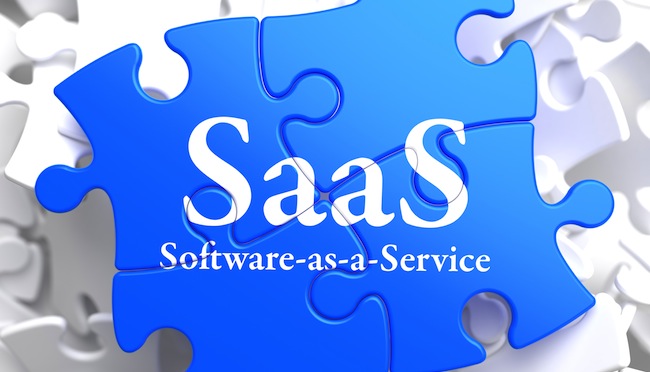 You may have heard of SaaS, and despite what it sounds like, it’s not being cheeky or rude to someone. It’s actually Software-as-a-Service, and according to some service providers, it’s the next big thing—second only to cloud.

But any veteran business knows hype can be deceiving, particularly when it comes to a software service. Yes, a SaaS service may be cutting edge, but is it what’s best for your business?

If you’re weighing up going with SaaS applications or perpetual software, read on. We go right into the pros and cons of both software models.

The Basic Difference Between SaaS and Perpetual

Traditionally, when you purchase software you get to keep it forever. Once you install it on some hardware, that application data isn’t going anywhere. This is called ‘Perpetual Software’ because the application is yours forever.

Saas Software is a bit different. You pay a regular fee like your electricity bill, and in turn a service provider lets you use their software. When you stop paying, the software service does as well. This is also known as “Servicizing”.

Users may think that SaaS applications were born in the “cloud computing” era, but they actually date back to the 1960’s. Even the most current SaaS service model predates cloud by half a decade!

Providing applications as a service dates back to IBM’s mainframe timesharing in the mid 20th century. This ‘new’ software service was known as having an Application Service Provider (ASP).

But the hype around cloud office systems has reached fever pitch. Research giant Gartner stated SaaS applications will achieve 60 per cent total market penetration by 2018. That said, in the present the majority of companies are still keeping their business software onsite.

SaaS VS On Premise Deployment: Pros and Cons

Here’s what you need to know straight up: 20 per cent of attempted SaaS deployments fail due to serious problems with data integration.

Got your attention? Good. A lot of people think SaaS is a simple transition that magically makes all your business data and software someone else’s problem. But it’s very important that you weigh up the pros and cons for your business. And if you do decide to make the switch, you need to do your research.

Where SaaS is Better Than Perpetual

SaaS really wins out when it comes to eliminating up-front capital. Installing, maintaining, and upgrading on-premises IT infrastructure can be very costly, so a SaaS Subscription is a very tempting short to medium-term business proposition. This is even more true for Enterprise businesses.

SaaS is also very scalable to the needs of your business. As your business grows, you simply adjust your subscription instead of investing in additional in-house server capacity and licenses. This means you’re shifting from capital expenses to operational expenses.

You can also spread your services software across a business. If it becomes untended to, you can cancel the subscription. The onus of keeping it in date is almost entirely with the hosting company.

Where Perpetual is Better than SaaS

You Own It and Your Data

Firstly, you don’t really own the software. The moment you stop paying for it, you lose it. This is particularly important if it’s a core part of your operations, or required during an emergency.

You’re also sharing sensitive data through the web with a third party. If you’re using SaaS backup software or accounting, you may not be comfortable outsourcing this function of your business.

This is the big fail point of most transitions to SaaS. Often, on-premises and cloud applications don’t play well together. In the ‘cloud rush’, making software work with each other was completely forgotten, and many service providers fail at their due diligence in this area.

Many people believed the cloud provider’s APIs would provide a magic bullet solution that would let cloud apps perfectly integrate with other software. Others believed traditional integration tech would bridge the gap.

Unfortunately, most businesses don’t realize how hard integration is until they’ve done it a few times. Since SaaS providers are so focused on their application’s unique capabilities, they haven’t given much thought on stable connections or data flow. This means you often have to buy a cloud application integration tool on top of your SaaS purchase.

SaaS software services can also pile up quite quickly, costing your business a lot of money. This is particularly true when you’ve got different departments running multiple projects. They often start buying their own SaaS applications with little oversight, and adding it as a project expense.

The end result is a high risk of purchasing inefficiency. In fact, departments will often chew away at their budgets with SaaS software since they don’t want to get funneled into the corporate approval process.

You also need to keep track of which users have access to which services software. When they leave the company, they can easily retain access to cloud applications they used for company work—along with your current business data.

Since SaaS providers are in control of your data, it’s crucial that you have an ironclad agreement for who is responsible if this data is lost, or if it can be accessed by a third party. If you lose all your data because you were relying on a software service provider, will they compensate you for all the lost profits?

Depending on the country you are on, there may also be legal requirements for your service provider to share your business data with certain agencies. They may also have less stringent security standards.

Another sticking point is reliability. Because it’s cloud based, your SaaS software service is both very accessible and vulnerable to being completely inaccessible. The moment the connection between you is severed, you also lose use of this application.

Just as you are dependent on a SaaS server provider, they are in turn dependent on an Infrastructure-as-a-Service (IaaS) provider who host the infrastructure they run their software from. Since most major IaaS services don’t guarantee 100% “uptime”, that means your SaaS provider retain their right to “downtime” to make sure you don’t hold them liable.

In short, your software is dependent on not just one business but two, and either could shut down your business-critical service at any time.

Latency is an issue that suddenly becomes important with software services. While slow internet is just a bit annoying when you’re on YouTube. At work, it can cause production loss.

The Consensus: SaaS or Perpetual?

It really comes down to what your business needs are. If you’re a business with rapid growth, low capital budget, and you’re filling a non-critical business service, SaaS is probably the way to go (E.g. Adobe Photoshop). If you’re looking for software that needs to be highly reliable, business-critical, very secure, and low-conflict, Perpetual is currently the more stable solution.

When it comes to Backup and Disaster Recovery software, reliability and security are crucial elements. BackupAssist the top-ranked backup software for physical and virtual Windows Servers, and it offers perpetual licensing with minimal upfront expense. You can try it out for free for 30 days, or read more about it here.