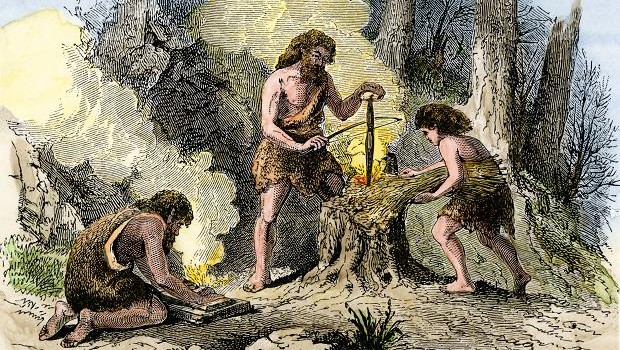 Backups have been around a lot longer than you’d think. In fact, they’ve been vital to humanity’s progress right from the beginning. And without them, we’d still be stuck in the stone age.

The first data was verbal, and the backup media was abysmal: that is, human beings. The first data loss scenario went something like this:

Caveman #1: “Have you talked to Tark? He tells the best stories and knows how to make the best traps.”

Caveman #2: “No, because Tark got eaten by a pack of wolves last week. Does anyone remember the stuff that Tark was talking about?”

Caveman #1: “Not very well. My memory’s not so good since I took a club to the head.”

As you can see, humans don’t make very good storage media. They suffer from a bunch of problems, such as:

Poor Durability: Your average stone-age human has a life-span of about two decades, subject to clubbing and injury. And for the first decade, they’re not a very good storage medium, so it’s only about half that.

High Data Corruption: The moment data is acquired by a human, the data is corrupted in some way. This corruption is magnified with every transfer and subject to hyperbole, missing data pockets, and general degradation from age.

Difficult Data Transfers: To effectively transfer data from a human, you need to transfer the human to the intended destination. Unlike your modern hard drive, humans require food, water, oxygen, general entertainment, may get damaged on the journey, and may refuse transfer (unless you have the right admin permissions).

Virus Prone: Humans, particularly stone-age humans, are very prone to viruses. Even if they are kept virus-free, they may develop eccentricities not present on most backup devices.

Refusal to Upload: If data you are trying to transfer to a human conflicts with established data packets, they may refuse to take aboard this information (See Confirmation Bias).

Large Idle Times: For approximately eight hours a day, humans go into an enforced sleep mode in which they cannot be utilized in any fashion. You can force them out of this idle state, but their performance will be limited.

Variable Capacity / Processing Power: The human you try to transfer data to may have a sizable capacity or none at all. They may also not have the processing power needed for large data transfers, or the ability to utilize this data. It’s largely guesswork, as the manufacturer does not provide any specs.

Would you use a backup media with all these problems? I didn’t think so. While there have been some advancements with this backup medium in the last 5,000 years—your average human now lasts about 80 instead of 20—most of these initial issues still exist.

The Invention of Backups – Prehistory to Recorded History

We actually use the invention of backups as the de-facto starting point of human history. There’s the 3,300,000 years where we didn’t have backups and humans didn’t get much of anything done, and then the 5,300 years after we invented writing where we got a lot of stuff done.

You don’t need to be a genius to realize that human advancement only really got going once we started making backups.

Some may say I’m using the word ‘backup’ too loosely here; that it only applies when you make a duplicate of existing information. I would argue that any duplication of information on a more stable media so it isn’t lost is a backup.

We don’t trust our memories, so we write it down as a data loss safeguard. When we’re worried about entrusting it to paper, we make a digital copy. When that doesn’t work, we make a second digital copy and store it somewhere safe.

The backup media changes, but the principle is exactly the same: you’re preserving information from being lost by making a copy of it, just in case. And so, the safeguarding of information and knowledge is synonymous with human advancement.

Humans Can Still Mess Up Your Data 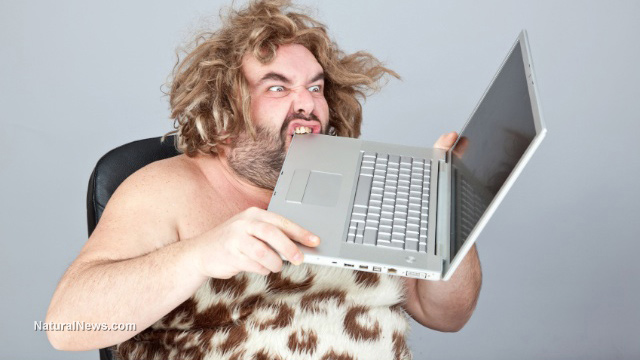 Even though we store data digitally, humans are still pesky things. They can accidentally delete your data, deliberately sabotage it, accidentally download ransomware onto your server, forget to store regular data copies, or trip and crash into your hardware.

In fact, out of the five worst data disasters of all time, all five were caused by human error. In short, humans are the worst.

Thankfully, we’ve discovered a way to eliminate the damage we do with the advent of automated backup software. Your data is freed from the effects of human error, both from other people disrupting your life data, and from you needing to remember to back it up.

The other benefit? You’re free to do what you really want to do with your time.

BackupAssist is the #1 Backup and Disaster Recovery software for Windows Servers. You can learn more here, or better yet, download the 30-day free trial and check it out for yourself.

If you’re not using a Windows OS, read our guide on the best backup and recovery software for your OS to help you out.