Going Virtual, Part 3: What Hardware Do I Need for P2V?

So you’ve decided to go virtual with your servers. You’ve weighed up the pros and cons of making a physical to virtual (P2V) server transition, and you’ve decided it is right for your business.

The next step is to figure out the hardware you need to use. Even though you’re going virtual, your server still needs to be hosted on a physical machine—and you need to make sure it can handle it.

Read on to see what hardware decisions you should be making and the potential P2V pitfalls you need to avoid.

You might be surprised to learn the hardest part of a P2V transition isn’t actually performing the deed itself. It’s actually all the preparation you need to do beforehand—making the case for a P2V change, gathering capital for it, and doing your research.

The worst thing you can do is make a P2V switch and find out you don’t have the right hardware to support it. Not only will it waste time, but your new virtual server will crash. Hard.

Here’s some of the things you should have already thought about. 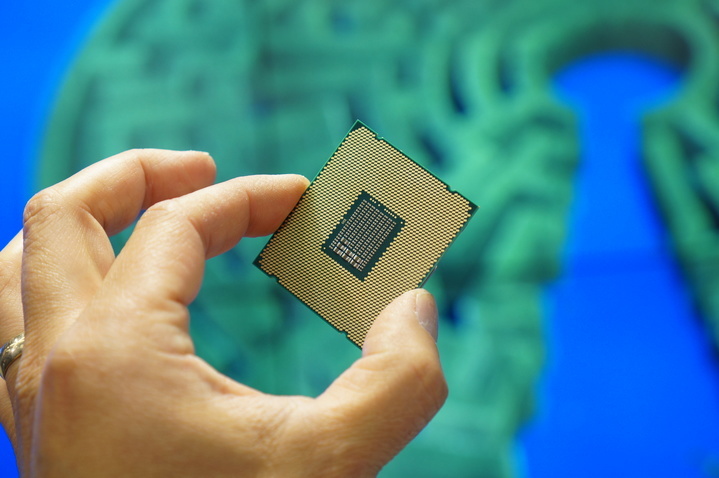 Quad-cores? Psshh. This bad boy may not look it, but it has 22 of them.

You’re going to be running everything virtually, and virtualization takes up processing power and memory. Do you have enough to run multiple virtual machines (VM) at once? This will be the big limiting factor on the number of VMs you can run and how well they will perform!

I cannot emphasize this next point enough. Test your existing machine’s CPU and Memory Usage! This will give you the best idea of how much resources you’ll need for your hardware and to allocate to each VM for your P2V switch.

You don’t want to be assigning too much processing power to a VM that is only going to use 5% of that. On the flipside, you don’t want to give too little to your crucial resource-intensive systems and have them lag or fail.

It’s impossible to buy a server today that isn’t multicore. If you’re a small business, you don’t really want to fork out for wasted horsepower, and for any business, the less physical machines the better. What you want to do is make your host machine able to host several virtual servers safely, and for this you might need to equip it with lots of processing cores (e.g. 4, 6, 12).

Remember, buying one high-powered server machine and getting the most out of it is better than getting two medium-powered ones.

With RAM, get the fastest and most you can. It’s cheap and it will directly affect how many VMs you can run.

When you’ve got physical servers with their own dedicated network interface cards (NIC), they’re hardly going to be overwhelmed. But when you’re running multiple VMs on a single physical server, you’ve got to realize that’s a potential issue. You don’t want to set up all these nifty virtual servers and only for them to run into a network bottleneck.

Maybe you want to go with multiple NICs for a single machine, which can be a cabling and power-consumption nightmare. A 10 Gigabit Ethernet (GbE) NIC can help you get around those issues. That said, a second NIC can make sure there’s failover in case one stops working, so consider having two just in case.

After the CPU, RAM and Network, you’ve got to figure out what storage you’ll need for your P2V switch. If you’re a small business, you will need some dedicated storage with built-in redundancy. This can be as simple as a few disks with RAID, but ideally you should have a NAS device or even a SAN. There are three things you’ll want:

First, you want dedicated storage for your VMs. This way, your VMs don’t share their storage with the operating system or other application.

Second, you want storage that can be scaled. With scalable storage, you can increase it as your organizations needs change.

Third, as stated earlier, you want built in redundancy. If one disk fails, you want the other disks to ensure the VMs continue to function.

Even in the hardware stage, you need to think about the worst case scenario; if this beautiful server you’re building suddenly experiences catastrophe. Whether you’re running a small, medium or large business (especially if you’re running a small business) you want some form of RAID protection when you go P2V.

As wonderful as RAID is, it offers no protection whatsoever against data lost to malware, theft, or natural disaster, so you can’t use it as a substitute for proper backup practices or having suitable VM-aware backup software like BackupAssist. The best bet is to have both, otherwise all this work on your P2V transition is going to be wasted.