Archive vs Backup: What’s the Difference? A Definition Guide

One of the more common questions in IT is “What’s the difference between data backup and data archiving?” It’s a common mistake to confuse the two, especially since many professionals use the term interchangeably.

Let’s set the record straight: to backup and to archive is not the same thing. In this article, we talk about the difference between the two, what they’re best used for, and how you can incorporate both into your data storage strategy.

The Difference Between Data Backup and Archiving

Data backup is the process of making copies of your data, whatever it may be, so that if your original data is damaged or lost, it’s not gone forever. It means to literally have a “backup” in case things go wrong. You can then restore your data back to the same or different location.

Backups are a safeguard against more than file corruption, user error, or malware. They’re also a contingency plan in case disaster strikes your hardware, such as extreme weather or hardware failure. And when this occurs, businesses without backups usually go bust.

Data archiving is when you take your data and place it in secure, long term storage. You then remove it from the original location because you no longer actively need it. This is commonly done by companies, organizations, or governments that have a policy requiring them to store files for a set period of time before they can delete it.

There’s no sense of urgency to get back archived data. You’re usually thinking in years or even decades.

A lot of data pundits look at the above definitions and still go “Well, they’re still the same thing.” Not true! While the process is similar—duplicating your data and storing it on dedicated storage media—the differences couldn’t be more greater.

What you seek to accomplish drastically changes the software and methods you use, as well as the storage media you pick.

With backups, getting your data back is the highest priority. The whole point of a backup is redundancy—there’s a place your files and folders should be, and they’re ever compromised or lost, you need them back ASAP.

On the other hand, archiving is all about three things: preservation, disk space, and searchability. Your data is no longer needed on a day-to-day basis or for the foreseeable future, but you can’t delete it either—it’s just taking up active server space. This sort of data is called ‘cold data’, and when you get cold data, you put it in storage (like a fridge!) While you’re not going to need it back anytime soon, if and when you do want it, you want to be able to find it easily, intact, and with no fuss. 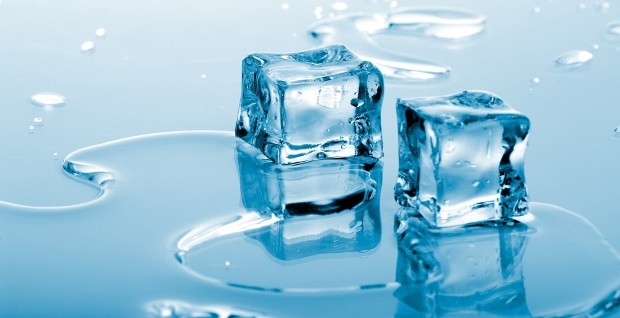 Because the priorities of backup and archiving are so different, that means you have to go about them in different ways. For example, since your data doesn’t need to be readily accessible, you wouldn’t store it on a NAS—you’d be far better off putting it on an external disk or tape, then store it offsite.

Backup and Archiving: Not Mutually Exclusive

The best data protection plans involve both a solid backup strategy as well as one for archiving your cold data. In fact, without doing one or the other, you’re doing your business a disservice.

For instance, if you backup but don’t archive, not only are your live servers filled with cold data you no longer use and need, you’re backing up this unnecessary data again and again—making all your backups much larger than they need to be!

On the flipside, if you’re archiving but not backing up your data, you’re in a real bind when disaster strikes (and it always does). Your business or organization is in for an extremely long bout of downtime, and depending on the archiving software you’ve used, you likely won’t be able to perform a bare metal restore / recovery—leaving you to reinstall everything from scratch.

The good news is, there’s a few backup and disaster recovery software packages out there that do both, which means you can use one piece of software to do two different tasks.

When it comes to archiving your data, you want to take your time researching the best media to store it on. The media you choose will need to last a very long time—and when it comes time to test how well it’s survived, you’re not going to get any do-overs.

Read customer reviews on both the brand and the product (even the best brand can slip up on a model, look at the Samsung Note 7).

Make sure the media is the best kind of storage device for archiving your data. A NAS is a bad move for a few reasons—it’s not air gapped, often on-site, and sometimes accessible from the outside (which can be a big problem). Meanwhile, external drives and tape are well known storage mediums for archival data.

Weighing up the Cloud

You can use a cloud destination as a cold storage destination, but you’re going to be paying actual money to keep it stored on someone’s servers. That said, it does take the hassle out of finding somewhere secure to store your offsite media, so this is entirely up to you.

If you do decide to go with cloud, look for software that offers Deduplication. Dedupe greatly reduces the amount of data you need to store by making sure only identical bits of data are replicated. This is very useful when it comes to minimizing costs with your cloud storage provider.

High level encryption is of paramount importance when it comes to archiving. Since you’re not going to need to retrieve it in a hurry (unlike backups), the time it takes to backup and recover your data is of less importance, which is the only reason you’d skimp on these two things.

Make sure the software you’re using offers AES 256-bit encryption (learn about that here) and a high compression rate.

One of the biggest factors in a good archiving strategy is also the most frequently overlooked: searchability. When you’re looking for years old files and folders, people aren’t going to remember where they’re placed. In fact, depending on your turnover rate, it’s highly likely that none of the staff who made or archived the file are still around!

That means you need to store your data with a program that offers great searchability. Ideally, you want a tool that can search via date, file type, the file archiving file, and the location it was originally in.

Wildcard search is even better, because it means you don’t need to know the full or even partial name of the file or folder you’re looking for.

To Use Courier or Not

A big question for both archiving AND backups is whether to use a courier and data vault service. This is a rather large thing in itself, best covered in our Data Courier guide.

For obvious reasons, you don’t want software automatically deleting your cold data once you’ve archived it. Remember to go through and delete what you’ve archived afterwards.

Tips for Backing Up:

Sound familiar? This is important for both archiving and backup, but what you’re going to be looking for in backup media is quite different from your archiving media.

Firstly, NAS is a great backup storage media, while it’s not the greatest choice for archiving. It’s highly accessible as well, which is a major boon when it comes to backup storage. Tape, however, is much less desirable as a backup media for a number of reasons.

Come on. If you’ve read this blog, you knew I was going to slip it in there. The 3-2-1 rule of backups has yet to be beat as a backup strategy, which means it should be part of your backup strategy as well.

Make sure you rotate your backup media instead of using the same one multiple times, or as a singular backup destination. Ever hear the old saying “putting all your eggs in one basket?”

…They were talking about backups.

Backup software that offers different or custom backup schemes is a real plus. By using a grandfather-father-son scheme or something similar, you can even create archival backups, combining the best of both methods. 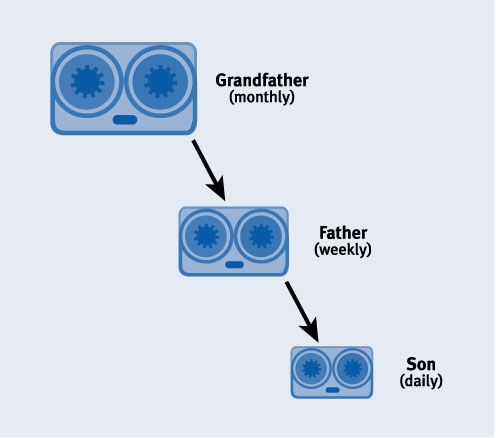 There are three things you always want when it comes to your backup and disaster recovery software: to be able to recover your data swiftly, simply, and for the data recovery to be a success.

If a backup software package can’t do these three things, ditch it. At the end of the day, even if you save a few dollars here or there, it’s nothing compared to the cost of your data.

Public and private cloud storage is a great option for your backups, provided you’ve thought about all it entails. In particular, the storage costs and the bandwidth use. Sure, you may be able to perform a full image backup to a cloud destination, but does the speed of sending and retrieving it make it worthwhile?

If the answer is no, it’s best to use cloud as only a hybrid solution—particularly storing your files or folders, even if they’ve gone ‘cold’.

A Tool To Do Both Backup and Archiving 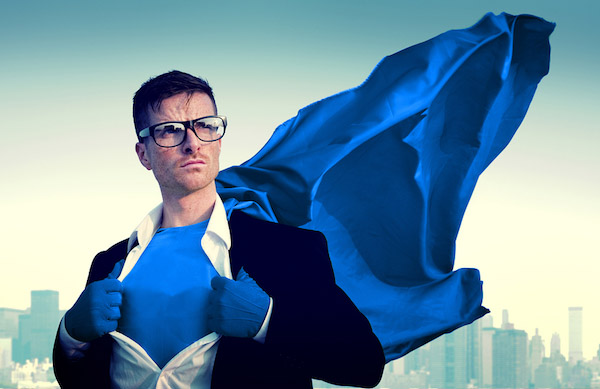 You don’t need to keep two types of software for your data protection needs. BackupAssist is the #1 Backup and Disaster Recovery software for Windows Servers, and it also comes with a special job called File Archiving—allowing you to archive your data for long term storage with ease. With File Archiving, you can compress, encrypt and store your full system backups, apps, folders and files.

Not only that, it also offers other great features for both tasks including restore/wildcard search, AES 256 Encryption, offsite backup, and advanced and custom backup schemes. You can read more here, or try out the fully featured 30-day trial.